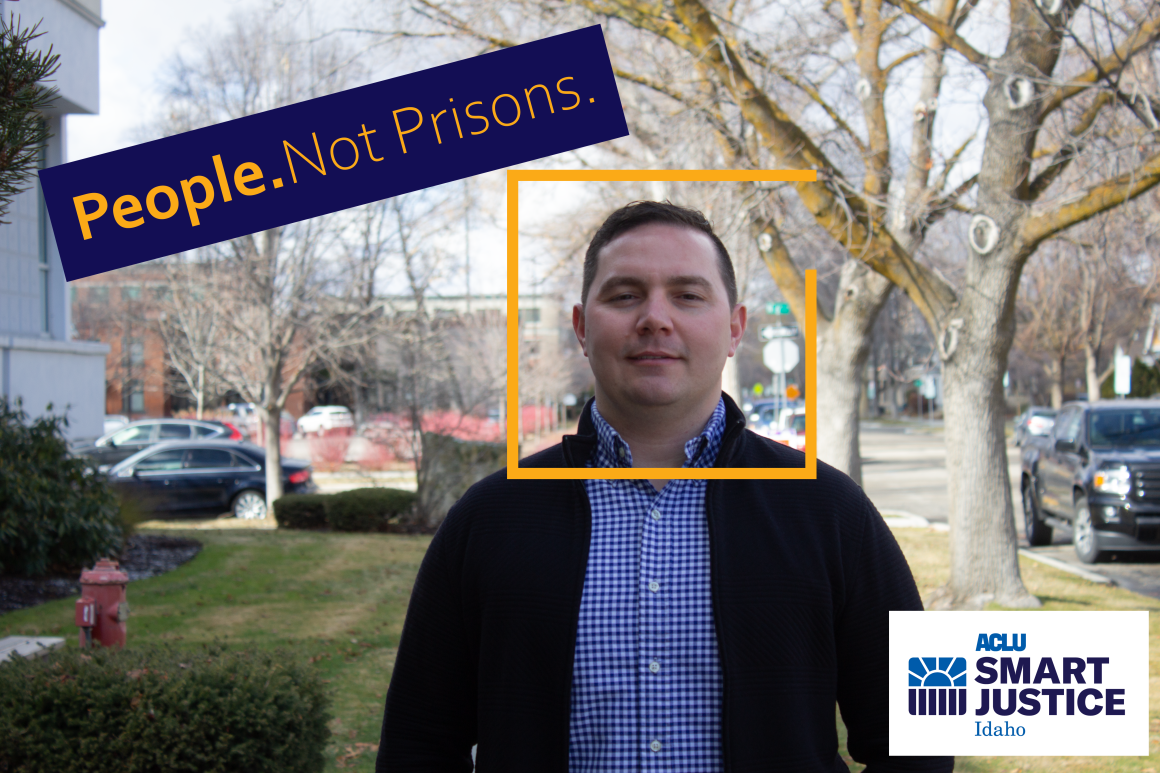 David, a 36-year-old Coeur d'Alene resident, was 16 years old when he had his first interaction with law enforcement. He has been in and out of prison throughout his life, but is now committed to changing his life around. After looking for employment opportunities in Coeur d’Alene and Boise and being constantly denied, he decided to go to one of our neighboring states to find employment. He is now a full-time clerk at Washington State University and is continuing his college education at the College of Western Idaho.

What was your first interaction with law enforcement?

When I was 16, I was loading some stuff up in my truck out of my parents' garage to take to an auction to sell. My parents were out of town. The cops came on a report of a burglary, and since my parents weren’t there to verify that it was not a burglary, I got arrested and went to juvenile hall for the weekend. My parents returned and clarified everything, and that there was nothing wrong. That was my first interaction [with the criminal justice system]. It was not my fault but it tainted how I felt about the criminal justice system forever.

About two years after that, my dad started getting involved in cooking meth. We went from a family where [my dad] had his own business to craziness and chaos for me. I stole a car when I was 17 and was actually [sentenced] to the Department of Juvenile Corrections for that. I spent a little less than a year there. I actually was [incarcerated] when I was 17, but by the time I got out I was 18, so I spent my 18th year in there.

Can you explain your experience reintegrating back into society?

When I got married, I changed my last name and people have accused me of changing my name to run from my conviction.

How did that affect your family financially and emotionally?

I think that was difficult. My dad was out of the picture because he got arrested, and I never had an interaction with my mom. When I got out [of jail] I never had any job skills, never did anything, so I had to go live with my parents. They just aren’t used to it — my mom and my stepdad are not used to having me around — I think it was pretty difficult on them. I felt like everything that I’d known was gone. I didn’t really have the ability to adjust well. I’ve never been taught to cope very well, so that wasn’t good for me.

Have you ever been rejected from a job because of your criminal background?

I’ve applied at Boise State University for a number of jobs, and I’ve never even got an interview. Now I work for Washington State University in Spokane, and because of the way that their laws are structured, they don’t even know I have a conviction. I don’t have to disclose it if it's 10 years or older. It’s funny that I apply for a job there and I get hired, but I’ve applied for a number of jobs here and not gotten it. The thing that probably sticks out the most for me, and it hurt my feelings the most, was when I was with a temp agency and used to work for the Blue Cross here in Boise. I worked there for four months and I loved it, they loved me, I did a great a job, and then the job became open for permanent placement. At that point, you have to fill out the application, and literally when I turned my application in before the end of the day, they told me that my assignment was canceled. As soon as they found out I had a felony conviction, they were over it. They were done.

If there were any reforms, particularly on drugs, how would that have affected you personally?

I feel like there needs to be a point where we no longer hold the past against people. If your conviction is a certain age that we could seal it or expunge it. That has been my experience in Washington its been very helpful. It’s not just that I don’t have to check the box, it’s that that box doesn’t exist for me because my conviction is older than they can look at.

If you had the opportunity to talk to your lawmaker, what would you tell them or ask of them?

Stories from the Inside: Dustin

COVID-19 Information from the ACLU of Idaho

ACLU of Idaho and Partners Demand A Halt to Arrests and That...

Idaho’s Great Lengths to Hide Execution Details From the Public