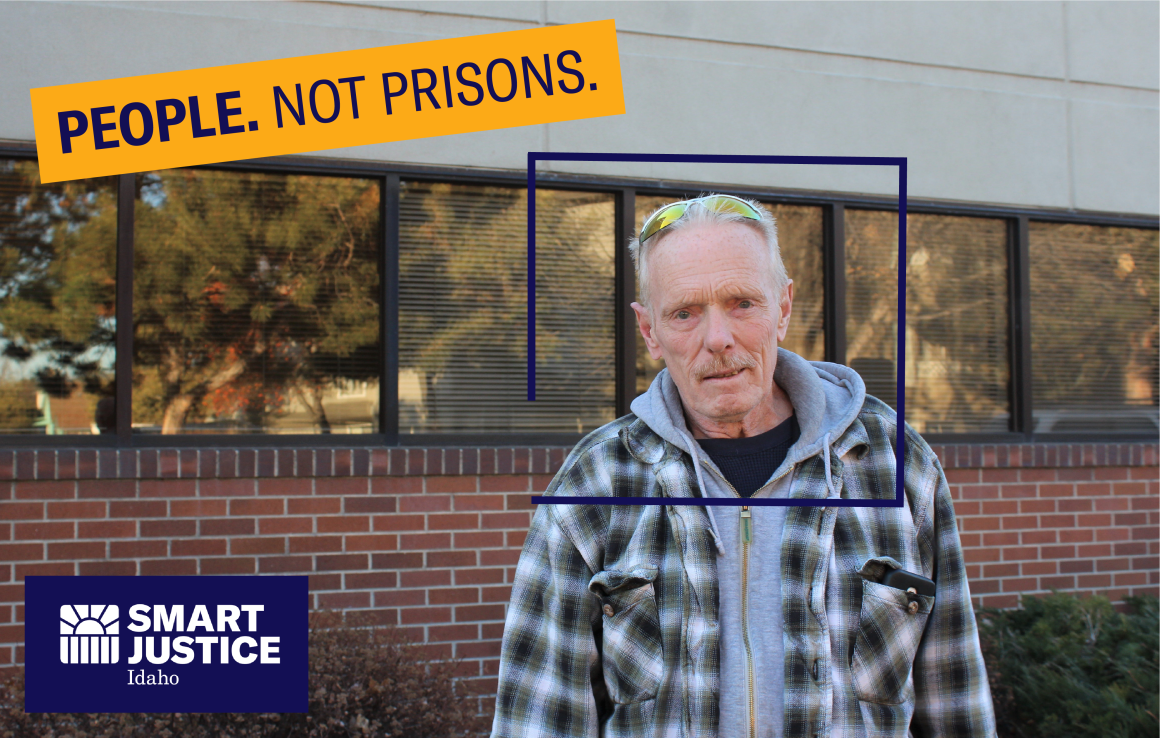 Jim has been a resident of Idaho for a total of 20 years, but he’s spent time living in other states including California, Alaska, and Montana. In the 1980s, he studied sociology, psychology, and criminal justice at Lewis-Clark State College. He sold drugs to pay for school, and was eventually convicted of a felony because of it.

Jim has been out of prison for eight years now. He’s spent the past few years working at IMSI Hope Community Phase II, a reentry center in Boise that helps people find resources post-incarceration.

How have you and your family been affected by your interactions with Idaho's criminal justice system?

I’ve done 22 years altogether, off and on. I lost my family; [My convictions] hurt them really bad. My mom died while I was locked up, my brother died while I was locked up, and my kids said, “Dad, this is the last time.” It’s been four times [that I’ve been arrested], but it’s been almost eight years since I’ve been out this time, and they love me, so I guess I’m doing alright.

What are some obstacles you confronted, post-incarceration?

I was lucky, I guess. I didn’t really have any trouble. I had a good mentor. I was really lucky and blessed because I didn’t have any problems. I got a car eventually. We [at IMSI] deal with people every day who haven’t got it that lucky. That “check the box” thing [to mark that you’re a felon on a job application], we are trying to get rid of that. You should be able to just talk to somebody and explain your situation at the interview, not just have the door slammed in your face.

The moment you walk in there and put the big “X” in the felon box right on the front page [of a job application], I think it closes doors.

Was finding employment difficult post-incarceration and would it have been easier if there weren’t restrictions involved in applying for a job?

I never applied for a job. I got on social security retirement shortly after I got out, so I had money. But I know from the guys we’ve picked up now [through IMSI] for seven years, it’s a burden. It’s stacked against you. There are people that hire felons because they get the tax break and other things, but I find a lot of it is the person themselves.

What was the hardest part of reintegrating back into society?

I’ve been out coming up on eight years. I’m working with [IMSI], I’m around positive people, doing positive things, and I feel good about myself. It is what you make it, regardless of the barriers. If you’re just willing to slowly thread your way through, just be who you are, do what you do, and do the right thing, things are pretty good