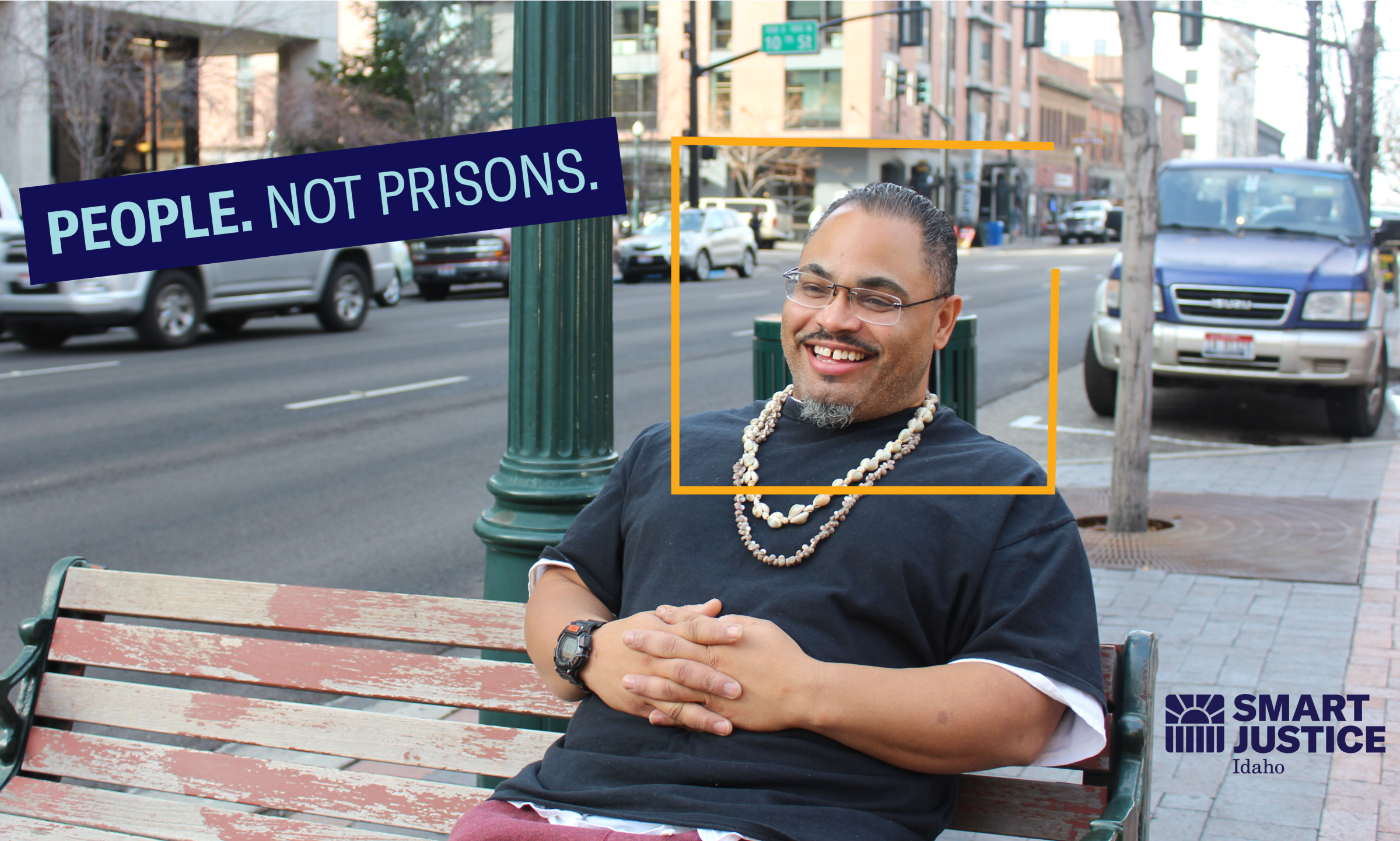 Rob has had various convictions of possession of controlled substance in his lifetime. His most recent conviction was in 2015. He’s currently working part time at two restaurant jobs, but because of his mental health and felony convictions, he says he’s had trouble securing employment in the state.

Rob says he is finding ways of bettering his life and keeping out of the criminal justice system in the future. This includes advocating for criminal justice reform, volunteering for organizations such as the ACLU of Idaho, and starting to work on a business degree at the College of Western Idaho. *The following interview has been edited for clarity.

How difficult was finding employment post-incarceration? Would it be easier if there weren’t restrictions for you qualifying for a job?

As far as employment goes, it’s been very difficult for me to find employment as well as housing. In order to secure employment, I have to go with a lot of the employers who specifically hire people who are convicted felons, and those employers generally don’t pay very well. With the cost of housing, it’s almost impossible to support myself. It’s really changed the trajectory of my life and made it difficult for me to integrate into society after my conviction and my time that I’ve served.

In the last few years, I haven't been able to work up to my potential due to the criminal background factor. It’s already extremely challenging to be a minority in a city and state like Boise, Idaho. It’s almost impossible to compete with the rest of the people in society who have had more opportunities in life and more social support and advantages and stable backgrounds and upbringing.

... In order to secure employment, I have to go with a lot of the employers who specifically hire people who are convicted felons...

Why is criminal justice reform important to you?

My experience with criminal justice reform goes all the way back to high school. I started having behavioral issues pretty early and started experimenting in stuff. Before I was out of high school, I did a report on the drug war and I did it when I was in juvenile detention. It was one of the last assignments I completed. Before that, at my grandparents’ house, I used to read a lot of articles in junior high from publications from The Atlantic and The New Yorker talking about progressive criminal justice reform. I always read about that stuff because I had a feeling my life was probably going to go this way. I learned this is a challenge for a lot of minority communities, trying to keep a young people out of the arms of criminal justice.

I’ve done employment outreach for [Fair Chance Employment] and I volunteer on any criminal justice reform stuff I get to do, especially with the ACLU. It’s kind of the heritage and legacy of people of color to fight oppression.

If you had the opportunity to talk with a lawmaker, what would you tell them or ask of them to do?

I periodically have contact with lawmakers in the statehouse thanks to the ACLU of Idaho and the community.

Ban the box and get rid of mandatory minimums so that we can have a criminal justice system like other states have that’s compassionate and allows people to move on with their lives more frequently. If they’re already stuck, we don’t need more barriers to try to keep them down. I think Idaho needs to take a look at their policy on excessive incarceration.

What is the biggest obstacle that you need to overcome or are still struggling with?

The biggest obstacle I have to overcome is Idaho’s mental health services because there’s just not a lot of them. I’m finding that in order for me to get certain types of support that I need as a felon that has substance abuse history is there needs to be mental health supports for communities of color and different marginalized communities and there just isn’t any.

I can’t really work more than part time so I can’t get help with those things through my employer. It’s very challenging to stay on top of my mental health. Most people that I got released with can’t stay on top of their mental health over the long term because of their employment situation.

What was your experience reintegrating back into society post-incarceration?

I don’t think I’ll ever fully reintegrate back into society because I’ve been incarcerated so much. I’m used to being in an institution all the time. I’m used to people turning on the lights, telling you when to get up, telling you to go to your class. Since I was under that system for so long, it’s very hard for me to be effective in my personal life.

How have your convictions affected your relationships with friends, family, and the community?

While my family is happy to have me back, the trust is permanently broken. There’s emotional damage and there’s trauma for me and them. We’re not ever going to be the same family. It’s a permanent rift in our family. There’s a lot of trust that’s not going to be gained back.

As far as my relations with the community, everybody is surprised that I’m doing more than just surviving. Almost everybody that gets out of prison sets their sights on surviving. That means getting a decent paycheck, getting a family, and settling down. Most people can’t do that. I decided to take a path where I would be concerned with my education, doing volunteer work with the ACLU of Idaho, and creating my own solutions to support people like me who have mental health issues and try to keep them out of the system.

Stories from the Inside: Dylan

Stories from the Inside: Tasha

Stories from the Inside: Scott

Stories from the Inside: Dustin

COVID-19 Information from the ACLU of Idaho

ACLU of Idaho and Partners Demand A Halt to Arrests and That...