Has an elected representative blocked you on social media?

If your answer is “yes,” you’ve come to the right place.

The official social media pages for elected representatives and government organizations are public forums. Being blocked from accessing these pages may be an unconstitutional restriction on your free speech rights.

How to use the social media blocking toolkit:

The social media blocking toolkit is a self-advocacy tool that we hope will increase transparent and robust engagement between the public and elected officials in Idaho. Use the checklist below if you have been blocked from posting or commenting on an official social media page operated by an elected representative or government organization.

Step 1. Use the flowchart to determine if you have a claim.

Step 2. Document what happened (who blocked you, when, on what platform, why). Take pictures or screenshots.

Step 3. Contact the public official and ask to be unblocked. Document all communications.

Step 4. If you do not receive a response or you remain blocked, download and personalize our sample letter and mail it to the public official.

Step 5. If it has been 30 days since you sent our sample letter and you still haven’t received a response, or if the public official refuses to unblock you or stop deleting your comments, contact the ACLU of Idaho. 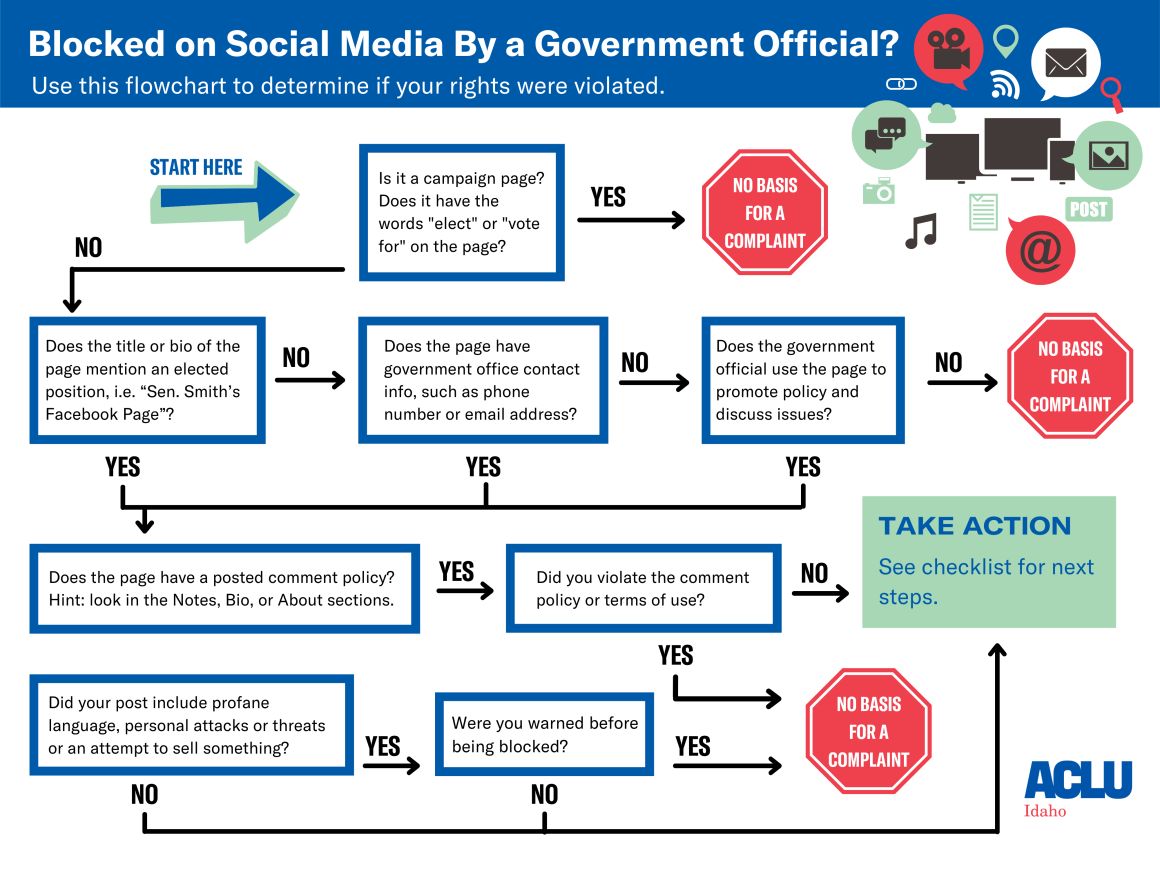 Download and personalize the Social Media Blocking template letter to demand that your elected representative unblock your access to their social media pages.